Thomas was mentioned in an article in Sustainable Business Oregon regarding his involvement with Rich Bruer‘s  Sustainable Branding Collaborative. 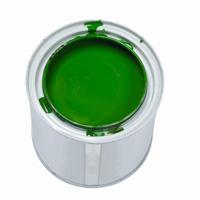 A coalition of business folks calling themselves the Sustainable Branding Collaborative released the results of a survey Thursday that aims to shed some light on how sustainable companies should approach branding and marketing in an age when consumers are wary of greenwashing.

The survey was conducted last November among a targeted group of sustainability-minded professionals and garnered 291 responses.

Not surprisingly, the group found that respondents were bullish on the prospect of sustainable business — even in the face of changing political leadership and a struggling economy. Eighty-three percent of those surveyed said the movement is still gaining steam and will play a bigger or much bigger role in the U.S. economy over next five years.

“I was wondering if people were losing the faith,” said Rich Bruer, veteran marketer and point person for the Sustainable Branding Collaborative. “That was overwhelmingly not the case.”

“People are sick and tired of greenwashing,” Bruer said.

The survey was conducted in partnership with market researcher Michael Midghall.

Bruer said the Sustainable Branding Collaborative is in “early beta,” having been formed last year. He expects the group will pursue clients seeking help with sustainable branding. The release of the survey marks the group’s formal launch.

“I’ve built an agency, I’ve done it that way,” said Bruer who co-founded high-tech public relations and marketing firm McClennahan Bruer Communications in 1993. “This is kind of straddling that line between (a group of solo practitioners) and a formal agency.”