Think about the time around Groundhog Day as opportunity to celebrate that you made it through the darkest period of winter. Imagine seeds of inspiration that are stirring within you.

Take time to celebrate ancient, Earth-based holidays. It’s an ideal way synchronize your mental health with the seasons of the year and the cycles of the planet. You might have to dig a little bit to find the deeper, Earth-based origins of some holidays. Take February 2nd, also known as “Groundhog Day” for us in the Northern Hemisphere.

For many, Groundhog Day is considered a fake holiday. At best, it’s an occasion to joke about the weather or reference Bill Murray’s excellent early 1990’s comedy film. But, what we call Groundhog Day, halfway between the winter solstice and spring equinox, is a very ancient celebration. It is one of the oldest holidays on the American calendar, with clear links to humanity’s hunter gatherer past and to life in early herding and farming societies.

Close attention to other species was a central part of life in early human communities (as it still is with indigenous peoples today). Animals emerging from winter hibernation are an important seasonal marker. The annual fete involving groundhog “Punxsutawney Phil” and his top-hatted handlers is a charming regional event. But, it’s a pale echo of the primal rituals our ancestors observed for 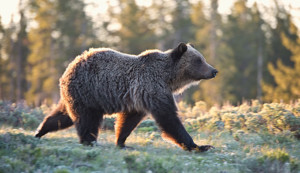 mighty bears and other wild kin. For Northern European herders and farmers, this holiday was Imbolc (“in the belly’). It was a time to recognize when livestock would begin bearing their young and when seeds would be germinating deep below the still cold ground. In pre-Christian times, this became the Festival of Brigid, the Celtic Goddess of Inspiration. Later, during the Christian era, it evolved into the feast day of Saint Brigid.

In his essay “Bears and People,” pioneering human ecologist Paul Shepard wrote eloquently about how the image of the sacred bear emerging from hibernation is echoed in Christian iconography of Christ’s burial and resurrection. So, Groundhog Day also has links with other spring holidays like Easter and can have a deeply spiritual significance.

I recommend: Think about the time around Groundhog Day as opportunity to celebrate that you made it through the darkest period of winter. Imagine seeds of inspiration that are stirring within you. Be attentive to the first green shoots you might see poking up from the soil or the bird song you might notice one of these mornings.

Are you interested in other ways to “get right with the seasons” and link your lifestyle with the rhythms of the natural year?

I recommend the excellent The Emotional Calendar by psychiatrist and neurophysiologist John Sharp. This book will help you identify your personal associations with different times of the year and address seasonal mood issues you may have.

Need another reason to get outside? As as a recent study in Current Biology noted, a weekend of outdoor camping (or continuous exposure to natural light) can reset your biological clock and overcome jet lag. See a summary of the study here.