Given today’s inauguration, I wanted to share some thoughts from my perspective as a psychologist. For the record, I am a registered Independent voter in Oregon. Outside of my research and teaching, much of my work goes on behind the scenes in private conversations with people. My approach to psychology has always been that political issues are a central part of people’s mental life and their sense of dissatisfaction or of well being. This has rarely been more true than in the past few months, at least where I live in the Pacific Northwest. 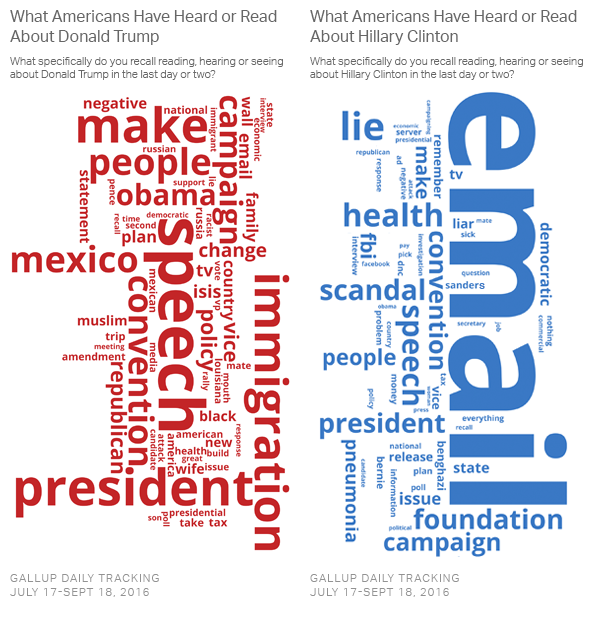 It’s not surprising to me that many people feel, and some people believe, that the political process in the US, and the recent presidential election, is not a legitimate one. This issue has come up a lot in conversations with my counseling clients, and publicly among my family, friends and colleagues. The United States, as a 239-year-old-or-so democracy, is based on some core ideas. These include (1) the belief that “might does not make right” or justify someone being in charge (even if they are an aristocrat) and (2) that citizens have the natural right and ability to use their reason to come together, (3) enter a social contract and (4) create a system of self-government that serves their collective needs, including (5) protecting their freedoms and (6) their property. These core ideas would appear to be under threat these days, with some American’s equating “might” with being “right” (or “White” with being “right”), with elected representatives that don’t seem to be accountable, with a flaunting of reason and objective facts, and with a steady shift of property (in the form of wealth) from the many to a very few, and with seemingly no way to stop this process. (Take about 20 minutes to read up on Rousseau’s The Social Contract or the concept of a social contract more generally, to educate yourself.)

The political problems in the US are the result of many converging trends, and are not simply an issue of who won the most electoral college votes. But, that is another conversation. Right now, the question is: How do you cope with an election you consider to be illegitimate, or at least profoundly troubling? I found there were three key steps to helping clients to work through their reaction to the election, build empowerment, and imagine what actions they would take. Here they are in plain language:

Coping with the Election #1: Regaining your Footing

Immediately following the election in November 2016, the main task for people seemed to be recovering their footing after being “swept off their feet” by the unexpected results. This feeling of “being swept” offered a good image to work with. Imagine this:

You are walking along a rocky ocean shore. An unexpectedly large wave looms up, washes over you and sweeps you out, tumbling head over heels, into the surf. You feel surprise, disorientation, fear, and possibly panic, and then an impulse to reach out with your feet and your hands to find some solid hold. If this were a real situation, you would need to figure out which way was up, move to the surface, catch your breath, locate yourself, and figure out what to do. Maybe you could swim a few strokes to shallow water and scramble on to the shore, or you could reach out to grasp a helping hand, or maybe you would need to tread water and drift with the current before you could find a way to make it back to dry land…

In the aftermath of the election results, I found that many people had a similar sort of disorientation. What was most necessary was to encourage people to locate the election as something “out there” and away from them, and then have them take a breath and come back to themselves, to feel the solidness of their physical body, and then to remind themselves of “who they are,” of what their values are, and, if they could, to articulate what it meant for them to be a “citizen” and a part of a political system. Then, they could begin to sort through their feelings and reactions, and validate why they might feel concerned or shocked by the election. It was after getting re-centered and re-oriented, and reflecting on their citizenship, that it was functionally useful to take up the issue of the election itself, what the situation was, and what might be a proper initial response.

Coping with the Election #2: Finding Balance

The next step to coping is finding, or re-finding balance, in the sense of day-to-day continuity. I talk a lot about “personal sustainability” – the idea that sustainability concepts, like “meeting the needs of today without depleting the needs of tomorrow,” can be usefully applied to one’s own life routines. Are you living your life in a sustainable fashion, for example, eating properly, getting enough rest, connecting with social supports, going outdoors and feeling the rhythms of nature? It is a big responsibility to take on political consciousness, social consciousness, and environmental consciousness.  I can’t tell you how many environmentally minded folks I have known that have trouble getting out in nature and doing what they know restores and recharges them. When I have taught environmental psychology to undergraduates, I have challenged them to spend an hour being outdoors enjoying themselves for every hour they spent trying to grasp complex and depressing global environmental issues.

Finding balance and day-to-day “personal sustainability” entails working with some dualities: consumer/creator, indoor/outdoor, work/play, activity/rest.  Although many think they are not doing enough regarding their political lives, it seems to me they are often working too hard. That is, working hard ruminating on issues through the day but not actually doing much about changing their lives or the system. Far better to spend a few minutes in some concrete activity like writing a letter or calling a representative, or weeding your garden, and then going on with your life. And watching news, getting online, or listening to podcasts? No, that doesn’t count as a political action or a personally-sustainable activity. For the most part, news watching is an obsessive (and personally toxic) form of consumption. Far better to create news. Far better to help other people create. (You might use news stories to research an issue and that might be a conscious, creative action, but that is not the same as passively absorbing whatever news product gets zapped into your nervous system.)

After the election, I found myself echoing Edward Abbey’s famous admonition to be “a reluctant enthusiast, a part-time crusader, a half-hearted fanatic….” His advice is as good now as ever: “Save the other half of yourselves and your lives for pleasure and adventure. It is not enough to fight for the land; it is even more important to enjoy it. While you can. While it’s still here…”  Indeed. There is a well-known technique people use to complete marathons or improve their finish times. The runner slows down every mile and walks for a few moments. This is very counterintuitive. The impulse is to keep going and to keep following the pack of runners around you.  But, most people will actually finish sooner if they slow down once in a while and allow a momentary recovery.

Coping with the Election #3: Being “In It for the Long Haul”

For building acceptance and long term motivation, an exercise I find useful is one I call the “Moral Time Machine.” It’s simple:

Think of how difficult and overwhelming it is today to deal with all our global issues, crises, and inequalities.  Imagine you could get into a time machine, take the controls, and transport yourself to another time and place where things would be easier and less fraught with moral dilemmas. Where would you go? What do you think would you find?

My personal finding, and what I have noticed with people, is that whatever time anyone picks, there’s always a moral issue that confronts them. Pick a decade in the 20th century that, however nostalgic and alluring at first, isn’t also marred by war, financial depression, political oppression, or racial violence. Or, maybe farther back in time? Would you go back to the US Civil War, or the early 1800’s and a world lit by oil supplied by the global slaughter of whales, or the American Revolution, or the conquest of North America’s, South America’s, or Africa’s and the rest of the worlds indigenous tribes, or the Inquisition, or the Plague, or the Roman Empire, or the conquest of Europe’s and Asia’s indigenous tribes, or even to the supposed conflicts between Neanderthals and early Humans in our hunter gather past? You get the point. The realization is that in every time there is a need for good people to take up good causes. Now is no different. What we give up in terms of simplicity, slower pace, and not being aware of what is happening far away, we gain in terms of a fuller consciousness of the earth and its human and natural systems, unprecedented mobility, and real-time ability to zero in what is happening with people in faraway places.

A kindred realization is that we all are part of a longer time line, a part of a larger history. And, it is hard to know for sure what the long-term will say of us. It’s important to choose goals that extend beyond our lives, ones that will always be the right goals, and thus will outlive us. Having these life-transcendent goals allows us to settle in for the long haul. We don’t need to do anything different from what we are doing. Sure, we can try to get better. And, yes we should prepare for when things don’t go our way. These larger-than-us goals give us the ability to have hope; hope being one’s highest vision of the possible.

Among my some of clients, I found that for some the post-election re-orienting process took a few hours, and for others, days or weeks. And, even then, it was easy for the election-as-unfolding-event to act like that sucking tide, trying to pull the person off their feet.

In this essay, I have just focused on emotional coping. Your course of action as a citizen, now and in the future, depends on several factors. But it’s important to note that empowered and active citizenship can take several paths: Personal and private sphere actions, actions in groups or organizations, organized political activities (voting, talking with elected representatives, lobbying, running for office yourself), and protest and direct action. These actions may be combined and no one is better than another, but rather each works best given people’s temperament, their position in life, and the opportunity at hand.

Being clear on our values and goals as a citizen is a good first step. This clarity acts like the heavy keel on the bottom of a sailboat that keeps it centered and upright in the water. At any given time, the wind might be fair and our sails full (of optimism). At other times, we may find ourselves “becalmed on a sea of troubles” (pessimistic and depressed) and need to throw our backs into rowing our way forward against the current. But, we always know where we are going.